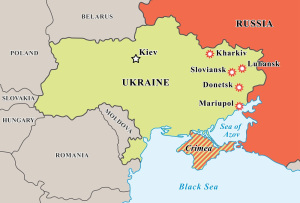 As a first generation Ukrainian-Russian American, I have a strong interest in the current international situation with Ukraine and Russia with regard to America. Especially because of what is happening within and to Ukraine this pivotal year of 2019.

My dad, Nikolai Nikolaevich Kovalenko, was born of a Ukrainian father and Russian mother in southeastern Ukraine in 1903 near the Sea Azov in the town of Melitopol. In those days the Ukrainian language was forbidden to be taught in schools by city folks, so he grew up speaking only Russian and thus considered himself Russian. It wasn't until he came to America that he began to take interest in his Ukrainian heritage in world history books and realize there was a significant difference between the Russian and Ukrainian psyche. 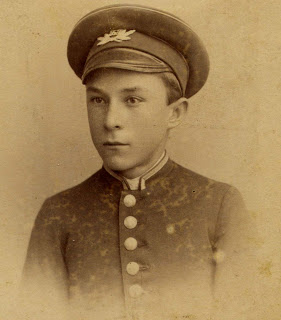 Dad as boy soldier in Russian White Army, circa 1914

Dad came to America in 1922 at age 19 as a war refugee, having fought in the Russian Revolution-civil war as a boy soldier for the Russian White Army from 1917-20, leaving his homeland ("rodina") for good during the great Evacuation of the White Army from Sevastopol, Crimea in November 1920. (He was literally the last White Army soldier to leave Sevastopol during the evacuation, a story to be told later.)

28 Nov 19. Singing on Shevchenko's grave in Kanev during 1988 Millennial Celebration of conversion of Russian Empire to Christianity.


Dyvlyus' ya na nebo ta y dumku hadayu:
Chomu ya ne sokil, chomu ne litayu,
Chomu meni, Boze, ty krylec' ne dav?
Ya b zemlyu pokynuv i v nebo zlitav!
[I look to the heavens, my thoughts go a wandering
Why am I not falcon? Why cannot I fly?
And why did not God give me wings to try?
I'd fly from this sad earth and into the sky.]

Posted by Eugene at 1:04 PM No comments: Links to this post