Spies Beneath Berlin in Swedish Newspaper

A couple of weeks ago I happened to see the Swedish newspaper Dagen that Birgitta had brought back from her visit to Sweden last year. I had not paid attention to it earlier, since I don't know Swedish, but in opening it up I was surprised to recognize the photo and wondered where it came from. It was taken from the documentary being advertised.

Posted by Eugene at 9:12 PM No comments: Links to this post

Working with the Structure of Dreams

The first rough draft of our book is finally finished and now in first phase editing. Birgitta, who has followed the evolution of CREEI for the past 25 years, having previously edited 15 books, is our first editor. Don't be surprised if a few of you readers get an email with an attached manuscript plus a request for comments before the final edit. 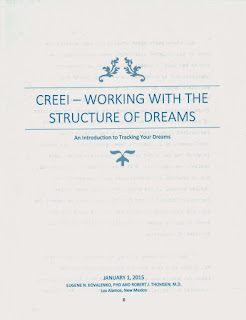 See here for an earlier view of a short version of the process. Also, see here for the original approach, beginning last May. It varies greatly from our current manuscript thanks to co-author Bob Thomsen's more practical mindset and professional bedside manner! :-)

Posted by Eugene at 11:18 AM No comments: Links to this post

(click to enlarge)
Thanks to Wes Trexler's new Mormon Bandwagon site, I'm able to post the full 1992 audio concert performed on 17 March 1992, to celebrate the 150th anniversary of the founding of the Relief Society, the Mormon Church's auxiliary organization exclusively for women, by Emma Smith, Joseph Smith's first wife. This performance barely escaped being suppressed by Ventura stake president Richard S. Bryce, who had secretly directed stake leaders that I not be allowed to sing anywhere in his stake.

Here are three poems the preceded and followed the concert.

When pressed for proof in Galilee
He spoke of Jonah’s journey.


Amidst the ruins of Zarahemla,


He cited a Lamanite’s cry.


What will He say of Ventura?

Of Ventura He will say


Their watchmen slept at Eastertide


While that which was written


Did come to pass

Will they say of Santa Fe


The same as of Ventura?


For us to wake each other!

Posted by Eugene at 2:21 PM No comments: Links to this post

Revelation on Homosexuality from a Jewish rabbi

Regarding the Mormon Church's recent draconian change of policy regarding homosexuality and same-sex marriage, I recalled an exchange on this subject with a rabbi friend last year, who once had been the chief rabbi of Idaho and who knew personally many of the LDS general authorities. Here is my email:

A few years ago you told me a dream you'd had when you lived in Idaho, which addressed your community's concern about homosexuality.
Will you update your...URL?

Rabbi Gershon responded with his URL here. I have always reverenced his story and considered his dream as divine revelation not only for his people, but for mine as well.
Posted by Eugene at 3:01 PM No comments: Links to this post