On 1/19/14, one of my sons sent this photo from Twitter, which I missed last December.

He said: "THIS is what bravery looks like (that's it on the right)... pic.twitter.com/hhgWVUvPWH." I agree. More power to the Ukrainian people as they deal with the birth pangs of a functional democracy!

On Sunday, 26 January, I sent the above Twitter links to an American friend in Europe, who replied:


I've been thinking about Ukraine.  I see no option but its slow or quick move toward EU bankrolling, with stupid NATO not far behind. EU support will be very good for Ukraine, but Russia will at first make it pay heavily. Needing enemies to justify itself, the West continues to make provocative military moves toward Russia. This is stupid and short-sighted. In time, after the bottom drops out of the dirty energy market, upon which it depends, Russia will join the EU.

I replied later that same day:

Yeah, Ukraine is in a nexus, but if you looked through all those pix [in the second Twitter link] and accompanying comments by the young Ukrainian photo journalist who is intimately into the events there in Kiev, you will see how disciplined the opposition is. Surprise!


Yes. It made me think that when revolution comes to the US it will be in a similar fashion: non-centralized, spontaneous, and therefore relatively impossible to suppress by swat units, National Guard, military, secret service, CIA, FBI, NSA and all the other self-perpetuating cancerous, demonic forces of death and dominion.  Very hard to defeat, impossible to control. If I were the government and the 1% I'd be watching Ukraine very closely, because they are creating a map of resistance and revolution that will be duplicated.


There's a spirit there that is not bowing to the old repressive attitudes of greedy opportunists and old Russian fear tactics. We in the West need to keep hands off their process, as if we had anything better than a Wall Street mentality or Military-Industrial-Complex power motives to offer.

To which he again replied on Monday, 27 Jan:

I so totally agree. And if Putin knows what is best for him and Russia, he will back off as well. Why? Because all he can do is make the outcome worse for him.

Posted by Eugene at 1:39 PM No comments: Links to this post

A surprise gift came yesterday via priority post from Fr. Michael Oleksa of Anchorage, Alaska. It was a two-CD recording of the St. Matthew Passion by Bishop Hilarion Alfeyev.  See here for details. 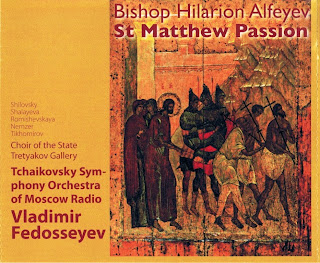 Posted by Eugene at 10:27 AM No comments: Links to this post 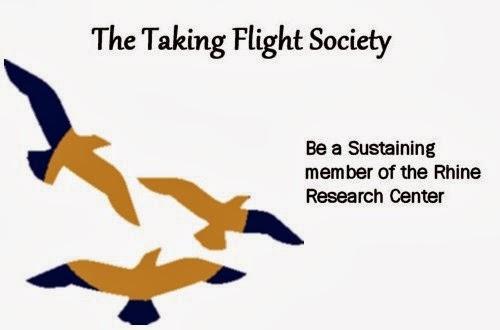 Last summer (2013) I became aware of the Rhine Research Center. It brought back memories of meeting and corresponding with its namesake, Dr. J.B. Rhine at Duke University in 1964-65. Rhine's and my work together did not fully materialize, although we maintained a lively correspondence for many months. In response to my inquiry to the current executive director whether his organization would be interested in having a record of that correspondence, I was invited by the emeritus executive director to transfer those records from the special collections library archives of the University of Utah to those of the Rhine Research Center. This is because she also happens to be J.B. Rhine's daughter and was present at that initial meeting!

The U of Utah special collections manuscripts library generously scanned and sent all 62 letter exchanges between Rhine and me, which I then forwarded to Sally.

Beyond that, she and the current executive director further invited me to write an overview of that correspondence and the idea that initiated it. We are now developing a project to do just that in terms of a feature article for the Rhine Magazine! I will post highlights here as the project develops.

Friday, 10 Jan 14
Awoke this morning with a line in mind from an old poem, while reflecting on this new conversation with "The Rhine":


The work demands a strict review, mercy cannot rob it.

Sunday, 12 Jan 14  Here is a sketch of how the project is being framed so far:

After a long conference call last night with Sally in Durham (and Birgitta here), it became clear that this Rhine Magazine article must center around JB's story, not mine. I sent her the above sketch, which covers a period between June '64 and June '78 and she replied:


While it is JB’s story, I think your part really adds to the human interest part well. It rounds out the human part of the story that needs mention.  I appreciate [that] Birgitta’s role can moderate that well, [which] was similar to the behind-the-scenes good sense that I always saw my mother Louie play with my father.

Posted by Eugene at 1:37 PM No comments: Links to this post