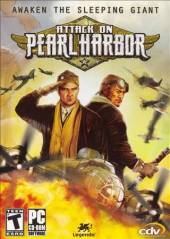 Seventy years ago today, as an eight-year-old child, I was confirmed an official member of the Mormon Church, having no idea that World War II had just begun in Pearl Harbor. Nor had I any idea what confirmation into the Mormon Church really meant or portended.

Below is a statement of what that long ago day portended for me, given the circumstances of today:


I am working on a short (5-10 minute) presentation called "The Mormon-Church Factor in " as a subject for an upcoming forum sponsored by the Los Alamos Deep Democracy Open Forum, Inc.


The ultimate goal for this "Factor" is simply The Transformation of Los Alamos.


This presentation is a personal subset of a more general topic dealing with an apparent "disconnect" between the Los Alamos County Council and the county community at large.

The "deep democracy open forum" (DDOF) is a concept developed by physicist/psychologist Arnold Mindell[1]. Its process is designed to begin with a short presentation of a "hot" topic during which participants are encouraged to bring their deepest thoughts, feelings and conflicts to the table. It aims to engage opposite extremes of the topic. This will typically include dreams.

We call these inner/outer conflicts "potential creative energy" ("PCE"). PCE generally manifests in a person, community or organization in a variety of ways, such as low morale, depression, repressed anger, sudden outbursts of frustration, rage, violence and even suicide.


[Note: The current world-wide "Occupy" movements now gaining media attention that began with the "Arab Spring" and moved to the "OWS" challenge are other examples of PCE. As a student at UC Berkeley I personally witnessed the upwelling of similar energy, which radicalized that campus in May 1960 to spark the beginning of the Free Speech movement and then joined the Civil Rights movement to spread throughout virtually all national universities.]

DDOF facilitators are trained to deal with these conflicts in such a way as to achieve a deeper awareness of hidden concerns and fears. These hidden or unconscious concerns must become conscious to achieve a deeper community awareness. Only then can it inspire creative solutions to real problems. That is, turning "PCE" into "ACE" or in other words, turning "potential" creative energy into "actual" creative energy.

When I was young and a Mormon (Latter-day Saint) missionary, I was taught that the American Indians were the "Lamanites" described in the Book of Mormon to whom the book is ultimately written for these modern times (the "latter-days"). For those of you who are active LDS I ask: Is this still the official teaching of the ?

Having been out of the LDS institution for almost 20 years, I am uncertain what the current official attitude towards the American Indian is. I understand that there was an official "assimilation" program of American Indian children as far back as Brigham Young and more recently under the presidency of Spencer W. Kimball, but that it was abandoned after Kimball's death. What are the facts about this?

This question is of particular interest to me in  where I live, because this town is the birthplace of the most destructive weapon ever devised by man. It was called the Manhattan Project. The site for the Project was chosen, and the land taken by the government in the name of national security, without the permission of the local San Ildefonso Pueblo Indians, who had occupied the land for centuries.  This town now symbolizes to the world at large what emeritus history professor Garry Wills calls Bomb Power[2].

This is a subject of great concern to many  citizens. But to change the discomforting perception of this legacy, Los Alamos county authorities (including the Chamber of Commerce) have attempted to market the town as "Where Discoveries Are Made" rather than refer to it proudly as home of the premium national nuclear weapons laboratory. Thus, there is a huge gap between this preferred marketing image and the actual global corruption legacy that historian Wills discloses.

This gap is not generally acknowledged by the local powers that be, but it is clearly felt by many  citizens who are afraid to speak up or identify themselves.

Challenge: Transforming  into a place of integrity and authenticity by harnessing PCE (potential creative energy) through the DDOF (deep democracy open forum) process.

What if this town, which has the highest concentration of PhDs in the world, most of whom work for or are retired from the Los Alamos National Laboratory (LANL)--again, what if this town could engage these brilliant minds to work to eliminate the gap between rhetoric and reality?

"Not possible!" once declared retired LANL security manager and current local Mormon mission leader George J. to my wife and me in our home last year, when I presented the deep democracy open forum concept to him. "LANL is intractable!" he exclaimed. "Only the Holy Spirit can affect such a change."

To that point I agreed, but then asked George if he, as a committed Mormon, was himself "intractable". And was his judgment of LANL's resistance a projection of his own attitude onto that institution? In answer to a second question about dreams, he replied that he didn't pay attention to his dreams because he didn't like them. To this date--more than a year later--he has not answered the first question. And it is this silence that exemplifies what I mean by "The Mormon Church Factor in ".

The Mormon-Church Factor in
Setting aside for now whether or not LANL leadership is intractable, what if the Mormon Church leaders at the local level (including George J) would reconsider their own intractable (ideological) claim of representing "The Only True Church" without being defensive or dismissive of the question? And, what if the Church at large would acknowledge that it is capable of what it calls "unrighteous dominion"[3] in its treatment of dissidents, which include American Indians during Spencer W. Kimball's presidency and earlier periods? I think also of the "September Six" excommunications of high profile Mormon intellectuals in 1993 during the ultra-conservative Ezra Taft Benson presidency, as well as the Church's controversial role in the California Proposition 8 elections in California in 2008 during Thomas L. Monson's presidency, to say nothing about the behavior and beliefs of two prominent Mormon candidates in the 2012 national presidential election campaign.

Would not such an acknowledgement set a world-wide example of courage in engaging the "potential creative energy" of the current "Occupy" movement? It would surely be an unparalleled example of ecclesiastic and institutional responsibility and humility, second only to the recent (2008) changes of hierarchy in the Orthodox Church in .  Such an institutional change of attitude toward ideological and dogmatic teachings would undoubtedly create ripple effects not only throughout this local community, but in the country at large and throughout the world!

Furthermore, such an acknowledgement would no doubt directly affect LANL, which is significantly Mormon-friendly. Like leavening the loaf.

And, what about the Jews?
It is well-documented that the Jews made the most significant contribution to the inventing and building of the Atomic Bomb[4]. Dare I speculate that without the Jews helping to bridge the gap between Bomb Power and Where Discoveries are Made, the above-mentioned acknowledgment (of an introspective attitude and the possibility of transformation) is most unlikely?

To connect the dots between the "Mormon Church Factor" of this letter to that of the Jews, Mormons consider the American Indians (Lamanites) to be descendants of the Jews!

Religious Community
It is remarkable that in this highly technical town there exist so many different religions, beliefs and churches. With all of the above in mind, I ask you to inspect this relevant personal blog post called "Interviewing the Hippie Woman"

This blog post presents a message of transformation to the  community via a dream, which poses a challenge to local Mormon Church leaders to re-examine their past and current behavior.

[1] The Deep Democracy of Open Forums: Practical Steps to Conflict Prevention and Resolution for the Family, Workplace, and World by  Mindell, Ph.D. (2002)
[2] Bomb Power: The Modern Presidency and the  by Garry Wills (2010)
[3] Doctrine and Covenants 121: 36-46
[4] See: http://www.bje.org.au/learning/people/famous/atombomb.html

And what about Muslims?
Dont they involve Los Alamos community?
Dont you want to practice deep democracy with them?

Of course Muslims are welcome in our community. But I don't know any. The only Muslim I know (and know well) lives in Tehran. Perhaps you can introduce me? How about using a name (it can be fictitious) when you comment, so I don't have to wonder if all Anonymous comments are from the same person.